What If – Empower Blog 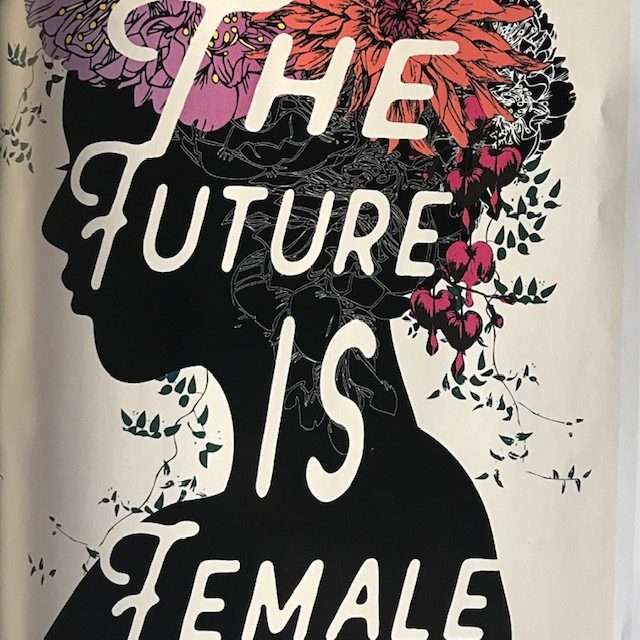 The other day I was on a call with a representative from a large professional services firm that has been a coaching client of mine for many years. They are beginning to open up their leadership development programs after an eight-month Covid budget freeze. During our conversation I told him that I am particularly interested in working with women. We discussed my passion to support women in their career development, leadership goals and becoming empowered. He asked if I owned any intellectual property on the subject, or if I could recommend some readings. I will reluctantly give him a couple of reading suggestions. All the while praying: please let the decade ahead be one of action rather than study.

I am pondering my intolerance of inspirational leadership books. There are many written by women. Even more written by men. I’ve read some of them, scanned a few, and then I stopped buying them. While I love a good story, I feel called to turn words into actions. Listening to current experiences of being excluded, underpaid, and unsupported has provided me with a tsunami of inspiration.

I was the third born in our family. I had two brothers that were several years older than me. Family folklore is that because I was born in a french speaking province, my brothers were concerned that I wouldn’t be able to understand or speak English. Somewhat ironic as my voice didn’t matter anyway. My father had a military background. My mother struggled to find her footing against his energy and expectations. I was told many times that they really hadn’t expected to have a girl, they only had a boys name picked out. My father had no idea what to do with me, so he treated me like a boy. He called me Joe until I finally grew breasts. I learned how to change sparkplugs, mix gas, chop wood, and shingle a roof. I am thankful for those life skills. He also, unconsciously, made it evident that decisions and important work were handled by the men in our family. Typically I was not asked, talked over or otherwise excluded. My mother simmered with anger and reached for the scotch bottle.

This upbringing made me physically strong. It also made me mentally intolerant of being ignored, unheard or otherwise disempowered. Not having a voice is one of my greatest fears. We are all given two options when we are afraid. We can confront or retreat. That means that when we fear invisibility and exclusion, we have the power to choose how to respond. When passed over for a promotion we can either resolve silently to keep our head down and work harder, or we can seek to understand the decision and call out bias and favouritism. Calling out inequities in opportunities and pay is uncomfortable and necessary. I did it. It wasn’t because I thought I was worth it. I suffered from the typical fraud and imposter sisters silently nattering in my head. I did it because I couldn’t tolerate unfairness. I did it because I wouldn’t enable through my silence. I did it because, despite my fragile ego, I knew I needed to be heard.

I ran out of energy in the corporate world after 16 years and a successful climb to just below the glass ceiling. I could see their footprints and hear the comradery over the latest golf round and football pool. I had no interest. When I resigned I received a call from the President of the bank. He was flabbergasted that I was leaving. “You are the most senior woman on the trading floor,” he said with a hint of pride. “I am the only senior woman.” I replied.

It seems to me that we are at an inflection point in the movement to empower women. Covid has amplified the inequity in responsibilities for females in families and households. There are media-inspired threats of a “shecession”. Rather than recoil in silence and juggle work with children at home, elders in need, and the contraction in many female-centric businesses, we have the choice of creating opportunities in this shifting landscape. The economy is changing, work is changing, how business is conducted is changing.

What if we confronted bias words and actions? What if we asked for what we need to be successful? What if we worked with organizations to create support systems and redefine career paths so that they are less discriminatory? What if women had an equal voice “at the table”? What if your fear gave you the energy to speak up and take action?

These are the “what ifs” of empowerment.