By: Gail Heney|Published on: May 25, 2021|Categories: FEATURING EMPOWER| 0 comments 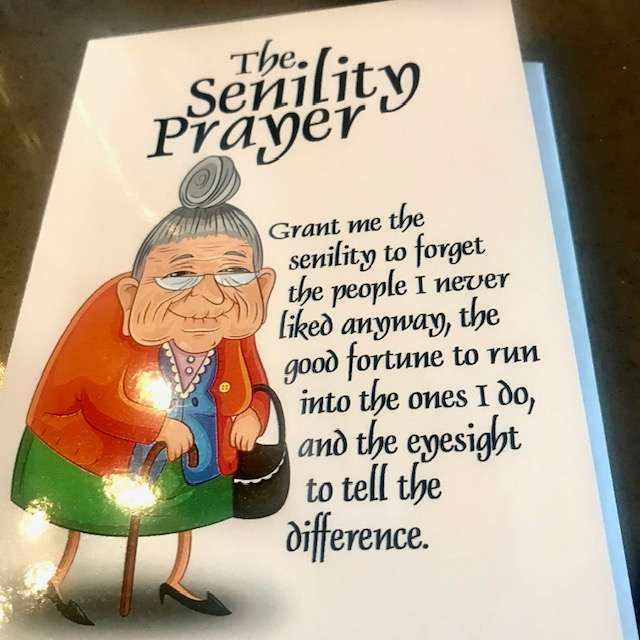 Last week, I received in the mail, a faded brown–windowed envelope. The kind with my full name in bold letters and a government stamp in the upper left corner. I excitedly opened it, fully expecting to find a piece of paper with my second Covid vaccination date and time stamped in a neat rectangular box. Signed by Christine Elliott. Instead, it was a note wishing me (Dear Ontarian), a happy upcoming birthday. And advising me that I would soon qualify for government programs for seniors, including free drugs. F*ck.

A few days later, I had a conversation with a friend, a millennial. She started by saying how lucky I was. That the hard part of my life was over. I had raised healthy children who were educated and independent. I had retired from a successful career and found a second calling. Heck, maybe a third with my writing and yoga. I had a beautiful home, money to travel, and a community of friends. I stared at her, wondering briefly whose perfect life she was talking about. The words had undercurrents of envy, anger, and frustration.

As our conversation progressed, I felt that her view of the “hard part” was simplistic and tactical. The boxes which measured success by societal standards were ticked. Accomplishing those milestones, acquiring the requisite badges of prosperity happened at a cost. I lost much of myself to the climb, the competition and the drive to perfection. There is no magical sigh of relief, nor rainbows and unicorns when you become “a senior. »

From early adulthood until middle age I soothed and numbed what would have been overwhelming fear and self-loathing with alcohol and compulsive busyness. It didn’t always work. Listening to the prediction of the Golden Years ahead—me coasting in retired bliss until I took my final breath and was below ground in a pine box or carved urn—had me feeling skeptical and ungrateful. I thought of what truly were the hard parts.

My firstborn leaving the country for a year of school abroad. A sadness and sense of loss so great no amount of gin could soothe it. The loss of our family cottage that same year tied up in the depression which lurked in the grey mornings. My father toying with the angels. Three times near death, I camped out by his hospital bed. The juggle of career, family and elder care no longer someone else’s story. Leaving the cancer care floor by the stairs so I could get my crying done in private before I had to drive home in the dark. The challenge and anguish of parenting teenage rage and rebellion. Feeling it was all my fault. And knowing I had been the same with my mother. The weekly pilgrimages to see her in the nursing home. For a while she was sweet and loving : early dementia. Then she was confused over who I was, even thinking I might be her as her rheumy hazel eyes tried to focus on my face. Then she lost her teeth and her glasses. And decided she’d prefer to be naked from the waist up. Those visits were with a stranger, who wore a diaper under her pull-up polyester slacks. And was strapped into a wheelchair, her limp breasts resting on her lap. She sometimes let me feed her lunch. She no longer sat at the window waving as I left. She didn’t know who I was. Such a conundrum. I didn’t want to go to visit. And I didn’t want to leave once I was there.

I officially become a senior, apparently with benefits, soon. If the hard part is over, I’m wondering why I am resentful of my cranky left knee, arthritic fingers, and overly fussy digestive system. And why as I age, the memories are more detailed and the emotions at times so raw. Burying my mother, father, brother and sister-in-law. Getting sober, and staying sober. A never-ending journey through the most challenging times of my life, punctuated with joy and a sense of empowerment. I have much to be thankful for. I will take the future, one day at a time.