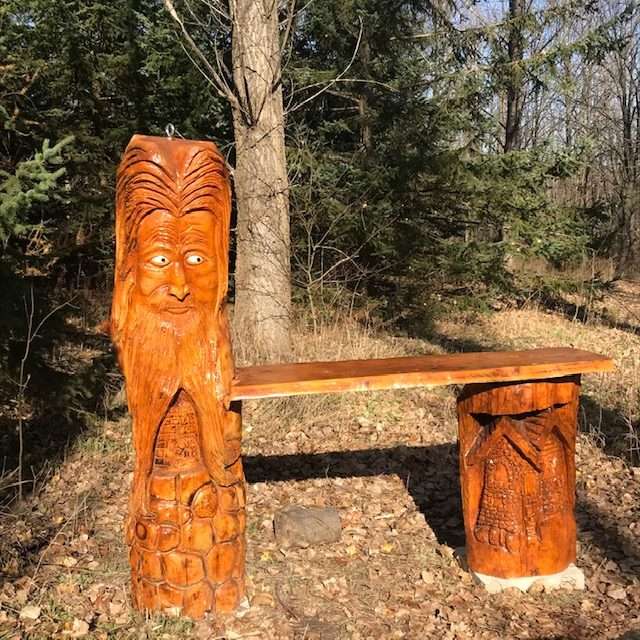 The other day I was doing a family Covid-check in call. During this particular conversation, we talked about feeling bored and agitated. I began to wonder why feeling bored makes us restless. I found a definition that characterizes being bored as feeling weary and uninterested. The word itself conjures the vision of someone semi-reclined on a lumpy couch with a bowl of popcorn on their lap, staring listlessly at a test pattern on the tv screen in front of them. I imagine them hooked up to a heart monitor that is barely registering above a flat-line. Yet my experience of boredom comes in waves of agitated and aimless adrenalin surges.

Boredom manifests in me as a current of discontent. The energy is unfocused. I won’t pick up a book or tend to an ever-present list of small “to-dos.” Ironically, the more bored I am, the less I get done. I am sitting in empty space and time. I am unwilling or unable, to engage.

Instead, my thoughts turn in on themselves and simmer in agitation. That is until I shift to craving novelty, change, and a shimmer of adrenalin. Anything to externalize my attention. Anything to spark a flow of initiative. Anything to get me out of my self-centred quandary. What is out there in the world to amuse ME? World, please take me out of my head.

For many years, I managed my perceived boredom with exercise, alcohol and the pursuit of perfection. A full-time career, home, husband, three children and two dogs weren’t enough to keep me engaged? Looking at myself in the mirror each morning as I awoke before six to go for a run and convince myself that my obsessions were effective and normal, I decided to talk to my doctor. She asked me if I was anxious. I responded that I was battling the blues, not anxious. It took me several years in recovery to understand that boredom and feeling low were my overlay for anxiety.

Anxiety was so common and constant for me that I thought it was my DNA induced metabolic state. I lived and preached a line I remembered from a newspaper article; “If you’re not living on the edge, you’re taking up too much space.” A book written by Shirley MacLean, called I’m Dancing as Fast as I Can felt like my biography. That was my life for many years, and I was good at it. At least during the day. At least on my paycheque. At least as long as I could channel anxious energy into a power source. I was unable to find and be in the middle space between full speed ahead and dead stop.

I see boredom through a different lens now. Living a full and abundant life, its presence still surprises me. I realize that it isn’t that I have nothing to do, or that I am living a repetitive and mundane existence. It’s that there is a disquiet that I am avoiding. The Covid check-in call was a reminder of the undercurrent of unspecified anxiety that I am dancing with. We are all dancing with. The shops are open but we don’t go out. Get fit but don’t go to exercise classes. Pretend that you are visiting exotic places but don’t see anyone. It’s going to get much worse. There could be a vaccine by early next year. But it will take many months to distribute and administer it. Small groups are allowed to socialize outdoors. Wind gusts of 100km an hour and sideways rain and snow are in the forecast. There will be no family gatherings this holiday season.

I am choosing to engage rather than be sidelined by the cover of boredom. I am examining my foundational anxiety. Then I am engaging in life as it is today. I am indulging in thoughts and plans for the future. Uncertainty and lack of control will not hamstring me to inertia and dread. Instead, I will live each day honouring my energy, learning from my emotional surges, and taking hold of whatever is available.