Lead From the Middle – Empowerment Blog 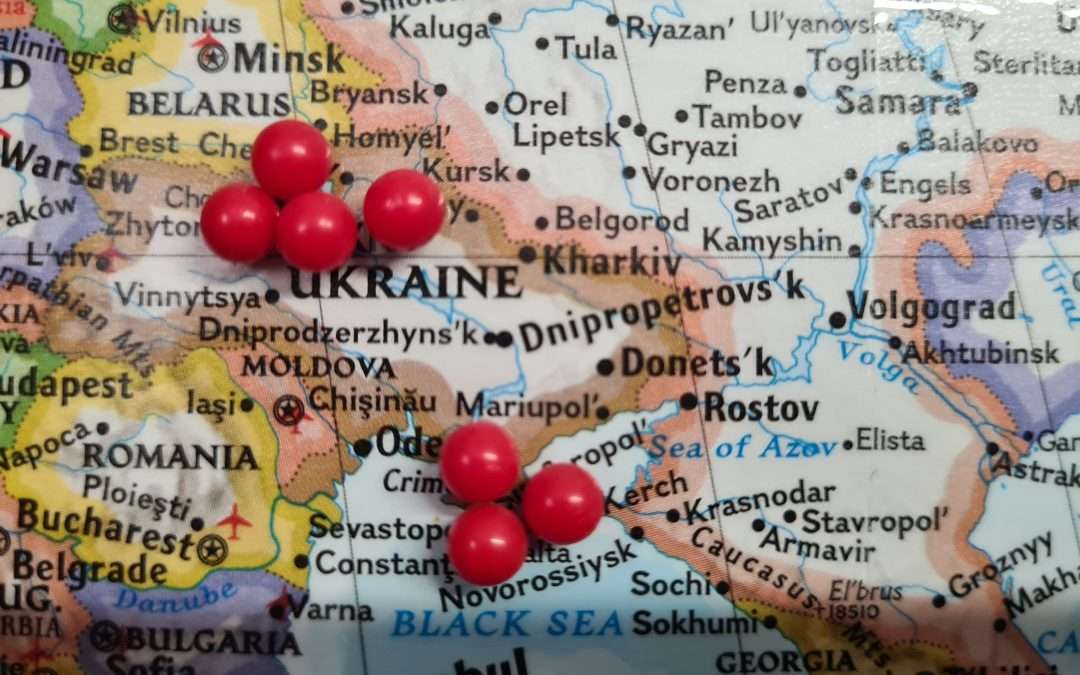 My father had a saying: the only two certainties in life are death and taxes. Then he would raise his bushy dark eyebrows and lock his deep brown eyes with mine, presenting a mirror of unfortunate inevitability. As I age and study Buddhist teachings, the promise of impermanence, discomfort and endings are comforting in their truth. My dad spoke from experience rather than deep existential thinking. Now, I need to send a message to him as he enjoys a peaceful retirement from life on earth. There’s another uncertainty, Dad: ego-driven conflict.

He likely wouldn’t argue with me. He piloted a plane during the last, thought-to-be-final world war. He delivered troops and supplies around the world as a battle orchestrated by a dangerous dictator expanded. Over five legs of travel, he made it to Burma, with life-saving food and weapons. He boarded with an elderly woman in London during the height of the air raids, somehow managing to get to the tarmac and become airborne with soldiers and munitions as the war raged across the European continent. I regret that I know few details of his air force days. By the time I appeared in the family, we were living off the base and he had transitioned from the cockpit to civilian life. I do know that it was with deep reluctance that he handed in his wings. I do know that he believed in what he was fighting for.

In my corporate life, I came across several leaders. Few of whom I wished to emulate. Even fewer for whom I held respect. Only one engendered a deep sense of trust and loyalty.

There is likely no greater arena for the plumage of power and ego than the meeting rooms of large institutions which control money, resources or politics. The sharp point at the tip of the hierarchy of power ensures a significant distance between the decision-makers and those carrying out the mandates.

We are witnessing, with shock and alarm, a threat to democracy and sovereignty by an egomaniacal tyrannical autocrat. Perched behind a gilded desk, in a palatial room with dark velvet curtains, he is directing men and women into conflict and chaos, without purpose or justification. He has an insatiable appetite for power. His lust and greed surpass interest in human life. The victims of this aggression are fighting back – which he hadn’t anticipated. Thankfully, so is much of the world. For the first time in many of our lives, political and economic agendas are relatively aligned.

And a true leader has emerged. “I need ammunition, not a ride.” This statement echoed across the globe. In contrast to those in power who exited to safety, abandoning their people and their land, this president is staying. He’s making sure citizens know how to defend themselves. How to make a homemade bomb. How to protect their families or find safe passage as refugees. He’s leading from the middle. Not from above and far away. And not from below in a bunker. The strength of the resistance to the invasion is surprising. It is forcing us to appreciate the potency of humble leadership. To witness the infinite influence that grows from actions of support and vulnerability. To watch the head of a country forge a critical bond by abandoning the hierarchy and becoming one amongst many with a common goal. This is a crisis. There’s no time to read chapters on leadership.

While I sit with my fear over the invasion of a sovereign country by a deranged bully, I am comforted and relieved by the actions of this comedian/actor turned commander in chief. He is executing with power, from the middle of the fight. His humility and passion for his people and country is a lesson for leadership case studies for now, and for the future.